Weddings turn out to be an emotional affair. Since it marks the union of two individuals, the families of both the bride and the groom tend to get a little emotional and wish to express their feelings by giving a speech. However, there are speeches and there is a speech – the main speech – which everybody looks forward and the one which sums up the feelings of the bride and the groom along with their families. This speech is one of the major things that stay in people’s minds long after the wedding reception is over. For those reading this, here’s a question for you – Who Delivers the Wedding Speech? If you are somebody who is into the business of organizing weddings or a writer who specializes in writing speeches, this is a question you must have an answer to.

Who gives a speech at the wedding reception? As the tradition goes, the best man and the maid of honor are supposed to raise a toast at the wedding reception. On this particular day, emotions tend to run and usually, it’s the parents who go through a wide range of emotions in their heart. Therefore, one expects at least one parent from each side to give a speech.

Do bride and groom give speeches?

At a wedding reception, everybody’s eyes are on the bride and the groom. A lot of people might even try to urge each of them to deliver a speech. The bride and the groom must realize that giving a speech or not is their prerogative and they must not succumb to any kind of pressure being put on them. It is their wedding reception and it is important for them to look and feel relaxed. If the bride and the groom are feeling a little emotional on this day and wish to convey their feelings through a speech, then they must do it. If they are a little nervous, then they could just drop the idea or hold their partner’s hand and say a few words in front of the guests gathered at the venue.

What is the order of speeches at a wedding?

With time, traditions change or rather evolve into different forms. Ideally, the master of ceremonies, who is also referred to as the toastmaster, bears the responsibility of introducing the speeches after everybody is finished having their meal. However, these days, a lot of couples schedule the speeches before the wedding breakfast so that the guests can deliver or listen to the speeches and then sit back in a relaxed manner and enjoy the breakfast.

Traditionally, it’s the bride’s father who should deliver the first speech at the wedding reception. This tradition is a result of the bride’s family, especially father, providing money for most of the arrangements at the wedding. After the bride’s father, the groom is supposed to deliver a speech. The best man of the groom next and then, the bride gets the chance to speak. After the bride, the maid of the honor gets the opportunity to deliver a speech. In modern wedding receptions, a lot of other people volunteer to deliver speeches. Each of them can speak after the aforementioned individuals are done delivering their speeches.

Does the father of the groom give a speech at the wedding?

Should the wedding speech be short or long?

There is no restriction on the number of people who should be delivering a speech at the wedding reception. However, conventional wisdom says that the ‘speech session’ should not last for more than twenty minutes. If you know there are too many people who wish to deliver a speech, request them politely to make it short and precise. You shouldn’t hesitate to set a specific time limit for all those who plan to raise a toast and say a few words. If the speeches go on for a very long, the guests will have to stay hungry for a very long time.

The overall timeline or schedule of the wedding will be quite badly affected. There will be several other things planned during the wedding reception which should not get delayed. Somebody who has been waiting to hit the dancefloor shouldn’t have to wait for too long. Also, you must remember that nobody likes to listen to long and boring speeches.

Are the best man and the maid of honor bound to deliver a wedding speech?

It is common practice for the best man and the maid of honor to deliver a speech at the wedding reception. However, it’s not mandatory for them to do so. The bride and the groom, for a variety of reasons, might request somebody else to deliver a speech.

There is a chance of either of them feeling that their closest friends, whom they have chosen to be their best man and the maid of honor respectively, wouldn’t be able to deliver a speech befitting the occasion. They might be the right ones to deliver a rousing speech at the bachelor or bachelorette party but perhaps, not the right people to deliver a dignified wedding speech.

If the best man or the maid of honor suffers from a fear of public speaking, it wouldn’t be wise to put them through this situation. The responsibility to deliver a wedding speech could be taken up by a friend, cousin or some member of the family.

Should parents of the bride and the groom deliver a speech at the wedding?

If you are a firm believer of the adage ‘history repeats itself’, then the bride’s father is the one who should be raising a toast and delivering a speech at the wedding. The reason behind the father of the bride getting prominence here is, perhaps, because he is the one who pays for most of the expenses. This, somewhat, puts him in the position of being a host. So, as a host, he raises a toast and expresses his gratitude towards the guests for taking the time to attend the wedding of his daughter.

That being said, many of the older traditions associated with weddings are now being tweaked to ensure that they cater to people with modern sensibilities. Therefore, you can give toast etiquette your own twist and get the speech delivered by someone who you are sure will be good at doing it. For unfortunate reasons, if the bride’s father is not present at the wedding reception, then this responsibility will naturally have to be fulfilled by somebody else.

If the bride feels her mother has played a bigger role in bringing her up than her father, then she could request her to raise a toast. As traditions are being altered to suit modern times, the groom shouldn’t necessarily be made to feel left out and should have the choice of asking either of his parents or both of them to raise a toast and speak a few words. The bride and the groom could also ask the parents, without pressuring them, if they would like to deliver a wedding speech. The decision should be left to them to make.

Can both the parents deliver a speech in unison?

While it is more common for one individual or parent to represent the bride or the groom’s family, parents can deliver a speech in unison. However, there are some challenges associated with it. One of the most obvious issues is that when both the parents deliver a speech together, there is a chance of it being too long.

Here, you must remember that a wedding toast or a speech shouldn’t be longer than 5-6 minutes. If the mother and the father are giving a toast together, it must be ensured they get equal opportunities to speak. Moderating such a speech might be a little difficult. If the two parents have decided to deliver a speech together, it would be wiser to discuss the contents of the speech in advance. By doing this, they will ensure that they remain in sync while delivering the speech together.

What should the bride and groom say in their speech?

The bride and the groom could start the speech by addressing the guests and thanking them for being a part of their special day. There should be gratitude in their voices and every word spoken must come straight from the heart. If you are not used to speaking in front of a large audience, you could write down your thoughts and feelings on a piece of paper and read them aloud at the wedding reception.

Who should deliver a speech at the rehearsal dinner?

The rehearsal dinner is also a good time for the groom or even the bride to request somebody close to them to give a speech. Unlike the wedding reception, this is supposed to be a casual, laidback event and therefore, the speeches could have an element of fun in them. Organizing ‘open speeches’ during rehearsal dinners has also become quite popular these days. Multiple guests can, as per their wish, get on the stage and deliver a speech. Just make sure that all this doesn’t go beyond 15-20 minutes.

When asked to deliver a speech at the wedding reception, guests might feel slightly nervous or conscious. However, they shouldn’t feel so while attending a rehearsal dinner as an event of this nature has a slightly relaxed vibe to it. You can randomly ask a guest to say a few words. Since this is a casual and relaxed atmosphere, guests can speak about the couple without feeling any amount of pressure.

When should groom’s mother deliver a speech – rehearsal dinner or at the wedding?

There is no compulsion for the groom’s mother to deliver a speech at any of the events organized during or closer to the wedding. The choice of giving or not giving a speech rests with her. Traditionally, the groom’s parents have been the hosts at the rehearsal dinner. So, that would be a good time for her to give a speech. However, if she wishes to give a speech at the wedding reception, then she can still do it.

Who should NOT be allowed to speak at the wedding?

This is something that you would have to decide. People who you think cannot deliver an appropriate speech or could say something that could make the guests uncomfortable should definitely not be allowed to give a toast. This person could be your uncle who has a drinking problem and cannot measure his words properly. Or, it could be that friend who is more honest than he should be and could leak out some of your secrets unknowingly while giving a speech. You can be polite and explain to a particular person why you think it would not be suitable for them to give a speech at the wedding reception.

A speech given at a wedding ceremony is very important and should be thoughtfully written and delivered. In the older times, this responsibility was assigned to different people in different traditions or religions. However, in the times we live in, most people who wish to say a few words at the wedding reception are allowed to do so. This shows that these wedding ceremonies have evolved and become even more beautiful over time.

Do You Give a Gift If You Don’t Go to the Wedding? 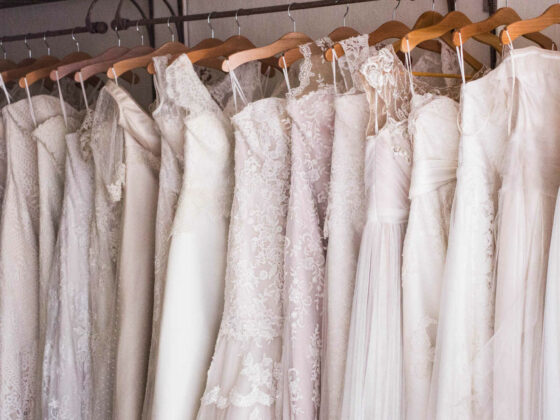 Who Pays for the Bride’s Wedding Dress 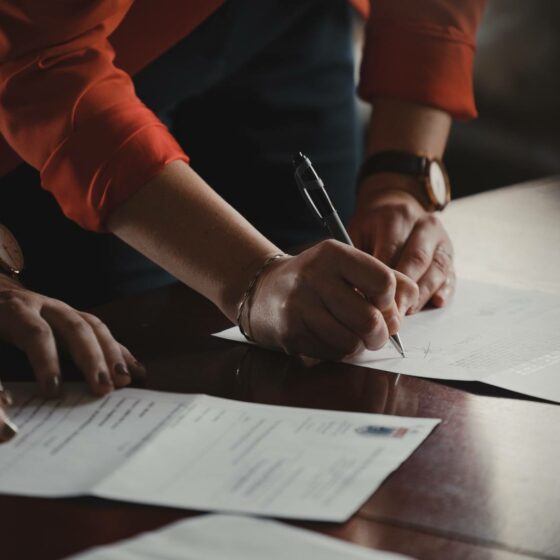 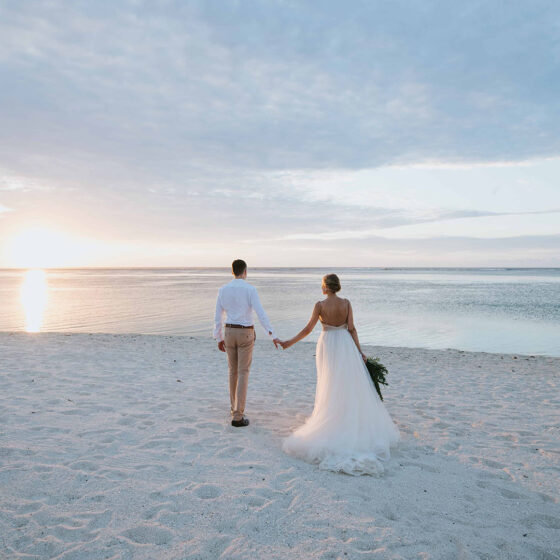 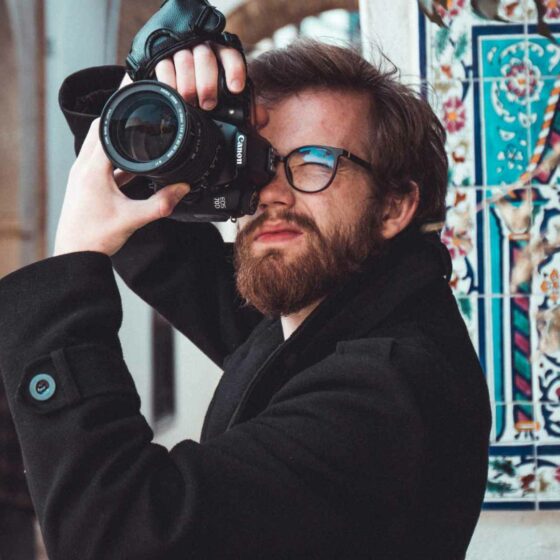 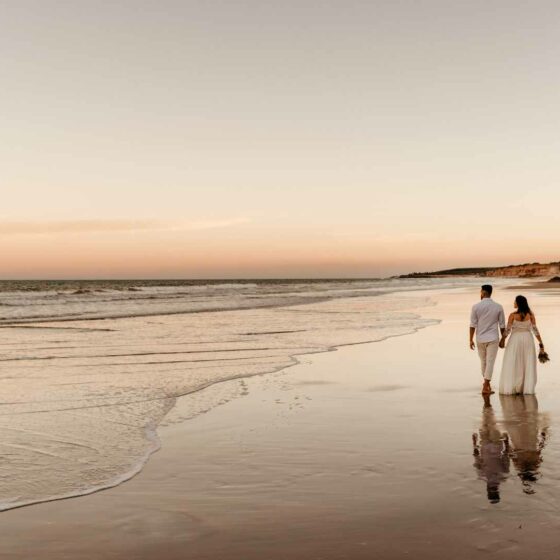 What is an Elopement Wedding?